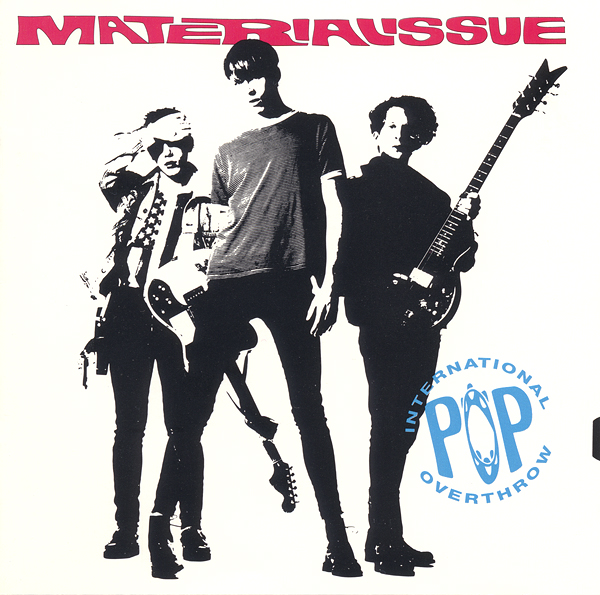 My friend Jim Ellison committed suicide last Thursday. He was thirty-two. His mom had called the police to check on him after not hearing from him for a few days. They found him on top of his moped, next to his car, a note at his side, dead from fumes.

Many knew Ellison as the lead singer and guitarist of the Chicago pop group Material Issue, and as the writer of the band’s hits and near-hits, “Diane,” “Valerie Loves Me,” “What Girls Want,” “Going Through Your Purse” and “The Very First Lie.” On stage, Jim had a trademark posture: He’d put his foot on the monitor and make ridiculous, almost obscene faces at the audience. His skinny arms held a Gretsch guitar and his skeletal frame would contort to match the poses of his many rock ’n’ roll heroes—Sweet, the Beatles, the Shoes, even Green.

Material Issue’s career—and thus Jim’s career, for he was the heart, soul and brains of the band—followed a well-worn pattern. The band put out an indie EP and single, got picked up by a major label, made some noise with their debut. Those were the good days, with MTV playing “Diane” and “Valerie,” and “Very First Lie” appearing in a Drew Barrymore movie. But Material Issue’s second album sold less than its first and its third less than its second, and The Ish was dropped by its label.

Plenty of people relished Material Issue’s fall from grace. With his refusal to pretend not to enjoy his success, Jim sometimes could be hard to take. He’d boast about his band’s accomplishments and bought a ‘67 Volvo, about which he’d hiss in his oft-imitated nasally giggle, “Looks just like the car in ‘Man from U.N.C.L.E.’” His collection of vintage guitars and custom-made leather jackets flew in the face of Chicago’s simpleton “work clothes = rock ’n’ roll authenticity” calculus. And he had horrible taste in company, hanging out almost exclusively with assholes and selecting girlfriends who were uniformly moronic.

That’s the side of Ellison that everybody saw, the side that worked the door at Batteries, booked Gaspar’s, drank at Cubby Bear, slummed at Phyllis’. The seedy scenester with the goofy bravado, the would-be impresario who, it was joked, had already written a thousand follow-ups to “The Very First Lie.” That’s half of who he was, and to deny it is to cheat him of what he probably would have called his better half.

But it’s only half. The other half was the kid who grew up in Addison, Illinois, the ultimate nowheresville suburb, and dared to dream his way out.

Jim was the most generous guy I know. When we’d work on cars together he’d beg me to let him pitch in to buy me something better than my rustbucket. When I did get a new car, he taught me to drive a stick. At the peak of his fame, he wasn’t above getting under the hood, and he was an accomplished enough mechanic to attain that profession’s ultimate skill: smoking while working on the engine.

Those were good times, working on our cars at his Addison homestead, where he still lived with his parents and addressed his mom and sister with a tenderness one never would expect from the doorman at Exit. I’d give him a hard time about living at home, but he was proud of the fact that he was getting a college degree and building his guitar collection.

Jim chose the name of my band The Lilacs and produced our first record. He negotiated a great rate for us, then drove us out to Zion and recorded over old Ish demos to save money on tape. He played a little guitar and sang one harmony part and forever after took full credit for the record’s small success.

One time, we were adjusting the clutch cable on my Datsun and took a break to go to Taco Bell. Counting his change as we pulled away from the drive-through, Ellison exclaimed, “Hey, that lady Jewed me.” Mortified as he realized what he’d said and who he’d said it to, Jim apologized over and over, until it was embarrassing for both of us.

Material Issue’s rise to late-night TV appearances and buzz-bin videos wasn’t as easy as the guys tried to make it appear. Ellison crafted the band’s career in shrewd detail. After chewing up a dozen rhythm sections, Ellison found the perfect combo in Ted Ansani and Mike Zelenko, who shared in the Ish’s International Pop Overthrow for a decade. In January 1988, he set up a Green/Ish tour of dive Midwestern bars. Fourteen nights, Ellison and company played the exact same songs in the exact same order while Green—the band I was playing in—dipped into its dozens-strong collection and carefully crafted a new set list each night. By the end of the tour, Green still played shitty and The Ish sounded better than ever. Outside the Gallery in Normal, Jim fell down a set of icy stairs, his HiWatt amp tumbling on top of him. We ran out to check on him, and his reply rings in my ear now that I’ll never hear his giggle again. Brushing off his skintight pants, he smiled and said, “Thin as a rail, tough as a nail.”

Something I learned from Ellison is the magic of unfounded confidence. Ellison believed he was a star long before he actually was. Pretty soon, people started to accept his impression of himself and by the time he was a little bit of a star, he already knew how to act. This was a well-planned attitude, something he’d thought up and worked on. Years later, at the peak of his career, we went to the Cubby Bear to see a Beatles soundalike band. Between sets we were saying that they were pretty good for that sort of thing. Then the John stand-in emerged from the bathroom and Ellison said, “That’s why they’ll never be big. Rock ’n’ rollers don’t want to believe that their heroes take a piss in the same place as their fans.”

Ellison once brought one of our heroes, master bubblegummer Mike Chapman, to see my band, the Lilacs. Drunk and nervous, I tried to lead a reluctant and decidedly non-jamming band in a version of “Blockbuster.” Everyone hated it, including Chapman. Ellison loved it. “Dude, let me do the falsetto,” came the hilarious hiss.

With even Rolling Stone finally acknowledging that, duh, drugs are a serious problem within the rock world, everyone will probably wonder if they played a role in this tragedy. They didn’t. Material Issue’s bassist was so famous for growing copious amounts of marijuana that “Tedweed” became the generic for bad pot. On one tour my band did with Ellison’s, most members of both acts inhaled with near hourly frequency—but Jim didn’t take a single puff. And though he drank like anyone else, I can’t remember ever seeing him really drunk.

All of God’s creatures come equipped with a life-preserving instinct. You can’t drown yourself or fight the reflex that pulls your hand from a flame. The inner pain that allows someone to overcome that instinct is unimaginable to those who don’t feel it. And it’s come as a surprise to many that Ellison, a relentless cheerleader and jovial companion, was experiencing the kind of torment usually associated with brooders and crybabies.

I’m haunted by the notion that the hard times Material Issue has fallen on recently may have played a role in this. I know that no one, not even a born rock star like Jim, cares enough about pop music to end his life because of it. There’s a lot more to it than that. But Jim’s life consisted of simple pleasures, a world of good guys and pretty girls. His best lyrics—“I don’t need a girlfriend, I need an accomplice,” “I want love, I want drugs, I want sex and affection,” “Maybe just once pretend to be somebody’s better half”—share a worldview that reduces life to those things that really are nice and sweet and good. The tragedy is that those things are sometimes not enough.