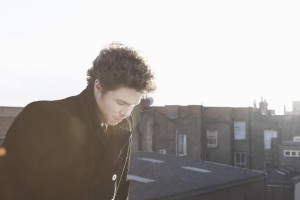 Too often, like an athletic superstar that’s so swept up in his growing estate he forgets he used to love playing the game, the musician feels so obligated to score hipster style points that he loses sight of making his art actually enjoyable or relatable. This doesn’t seem to be a problem for Idaho’s finest singer/songwriter Josh Ritter, who grew up at least 300 miles from any influential concept of “hip.”

Maybe Ritter’s rural upbringing helped to foster a respect for the classics and to spurn New York pretentiousness; he appears less concerned with wondering if the drum machine sounds post-post-modern enough and more so with telling well-crafted stories, creating cohesive albums, and—gasp!—having fun. On his latest record, “The Historical Conquest of Josh Ritter,” opening track “To the Dogs or Whomever” hits you with a barrage of lyrics, the way that Dylan popularized, while flailing around with the energy of an early Springsteen record. And given the record’s thoughtful storytelling, especially “The Temptation of Adam,” a gorgeous love song that takes place under a missile silo, one wonders: Where’d he learn to write like that? The answer, at least partially, is college.

“I wanted to find out where music fit now, and where it fits in American history,” Ritter says of his days at Oberlin College, where he majored in American History through Narrative Folk Music. “Too often we’re told that music came from nowhere. It just came out of the blue, came out of the wilderness, you know? That’s not true, it came out of society and from history, and it’s traceable back to the past.”

Instead of hitting you hard in the neck, Ritter’s new stuff simply teases you. “I wanted it to be funny, but there ended up being a lot of violence and trash-talking, in kind of a Yosemite Sam sort of way,” he says of “Historical Conquest.” “I was thinking of going for something that wasn’t overtly talking about God or politics… but it’s all there. I think the swagger and the numbskullery of ‘Historical Conquest’ is definitely the polar opposite of [his 2006 release] ‘Animal Years.’ But it was supposed to be just fun, just a fun record. Wasn’t trying to say anything and wasn’t trying to think anything deep, I was just trying to crack myself up.” (Andy Seifert)