Drum ‘n’ bass in Chicago isn’t exactly on life support, but with the final session of Dynamite going down Saturday night at Lava it’s quite apparent the scene isn’t the musical force it was when the monthly party began five years back. The music still packs its visceral thrills and its dedicated proponents will continue blasting those choppy beats at other nights, but when headliner Klute picks up the needle from his final record, another phase of the music’s story in Chicago will conclude.

Chicago was among the first Stateside locales to embrace the roughed-up beats coming from the 1990s London underground. Energized crowds took over sweaty back rooms at raves before bringing the festivities to the clubs in the latter half of the decade. While Brockout—a monthly madhouse at Liar’s Club—captured the outlaw vibe better than any night since, Bass By the Pound’s Seminar weekly got the wider club scene paying attention to the music.

Launched in 1998, the weekly quickly grew from a showcase for local talent to attracting top drum ‘n’ bass artists from overseas. BBP’s Phil McFarland says Dynamite came about in 2003 to give drum ‘n’ bass a weekend showcase for touring headliners. For the first few years the night was a guaranteed roadblock with LTJ Bukem, Shy FX, DJ Craze and Photek gracing the decks.

After moving to the smaller Lava as crowds thinned, McFarland says the night is now ending because of the unfavorable economics of the UK-centered drum ‘n’ bass scene where the weak dollar makes it costly to bring over talent demanding to be paid in pounds. “Now we have ridden out the natural progression,” McFarland says. “The economics of d ‘n’ b are all out of whack. Cheap talent doesn’t draw and the guys that do still draw are just too expensive to be worth it.”

This doesn’t mean the end of drum ‘n’ bass in Chicago as BBP’s decade-old Seminar will continue at Lava on Wednesdays while Smart Bar has occasional Junglefly Thursdays, M.I.A. crew hosts a Monday at Tini Martini and shows still go down at Café Lura and other spots around town.

With the forward-thinking Klute on hand for the final Dynamite, McFarland and BBP plan to send Dynamite off with a proper party. A regular Chicago visitor, Klute has been involved in music since his days fronting UK skate punks The Stupids. His electronic beats coalesce around drum ‘n’ bass beats, but their influence comes from techno, house and everything else he hears. Expect to get swept up in the hyper beats as another great Chicago night takes its bow. (Noah Levine)

The final edition of Dynamite, with Klute, 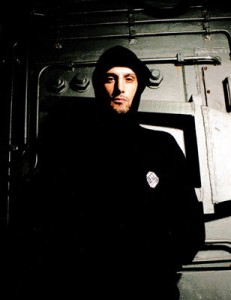