Over the past decade, Aesop Rock has prevailed as one of underground hip-hop’s most enduring figures. Much like his Def Jux boss and labelmate 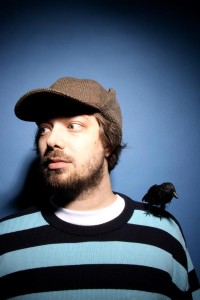 , Rock has defied commercial logic by developing a successful career dropping notoriously esoteric (and at times, indecipherable) rhymes over highly textured rhythms and angular bass lines. Last August came his fifth full-length effort, “None Shall Pass,” another dense, yet infectious release further pushing his status from beyond cult-curiosity to full-blown underground icon. While the album earned Rock numerous “most-accessible-album-to-date” reviews, “None Shall Pass” was a far cry from being a dumbed-down, overly polished cliché. Rather, it was quite apparent after only a few spins that this was the work of an artist reaching the peak of his game.

“It’s the most recent [album], so by default it’s my favorite, but even taking off the goggles that warp my own perception of what I’ve done, to me it is a way more realized project than anything I’ve done…by a lot. I think I did the best writing and rapping of my life on that record,” Rock says. “I realize people will have their favorite records/songs from my past, but a lot of that is based on what you heard first, where you were when you heard it, etc. When all this is done and the LPs and EPs are weighed against one another in hindsight, I really think ‘None Shall Pass’ will stand out.” However, despite all of his great achievements to date, Rock is nowhere near reaching Kanye-levels of self-congratulatory bravado at this point. After raving about his latest work, he’s quick to add with a heavy dose of self-deprecation, “But that’s just me…I’ll probably hate it as soon as I finish whatever I do next.”

In the year since the release of “None Shall Pass,” Rock has been busy touring and collaborating with other artists on projects, but no new formal Aesop Rock releases loom on the horizon. Nonetheless, he’ll be hitting the road again this fall with a tour that will be stopping by the Abbey Pub on Saturday. “Basically this upcoming tour is going to be our last U.S. run for a while, after which I plan on locking myself back in the studio to focus on solo material,” he says. “The show we’ve started rehearsing incorporates some old stuff we haven’t done in a long long time, some slightly more obscure stuff, as well as some ‘None Shall Pass’ songs we’ve never played before.”

Joining him on the tour will be a familiar face to Aesop Rock fans, fellow underground MC and frequent collaborator Rob Sonic. “Rob is a like-minded dude. Really great guy, and amazing MC/producer that is criminally slept on,” Rock says about his longtime friend. “We get along really well, and the chemistry is there, so it feels pretty natural to continue… I’ve never had a ‘hype man,’ I always found it better to take another artist with me, someone who can stand on their own and rock. Me, him and DJ Big Wiz really have a good understanding of how to be on stage together at this point, so it’s just a comfortable situation that is pretty beneficial to everyone.”

While it appears fans will have to wait a while to hear a new album, die-hard Aesop aficionados can get their hands on some handsome new kicks designed by their favorite artist. At the beginning of the month, West Coast boutique Upper Playground announced the release of a limited-edition Aesop Rock-designed Adidas shoe. “I had to pick an existing model,” he says, “but got to choose the colors, materials, and could pretty much do anything design-wise.” Like any respectable hip-hop artist, Rock is excited to hype up his new footwear, but his true pride in the finished product comes from an unlikely source. “It’s cool ‘cuz it’s something my mom will understand and think is cool,” he says frankly. “Sometimes I do stuff and she just doesn’t get it, because the world I’m in means nothing to her…but putting my name on a shoe will be cool to her and I like that. Occasionally something happens and I’ll be like, ‘Oh nice, my mom will get it and not think I ruined my life with rap.’”