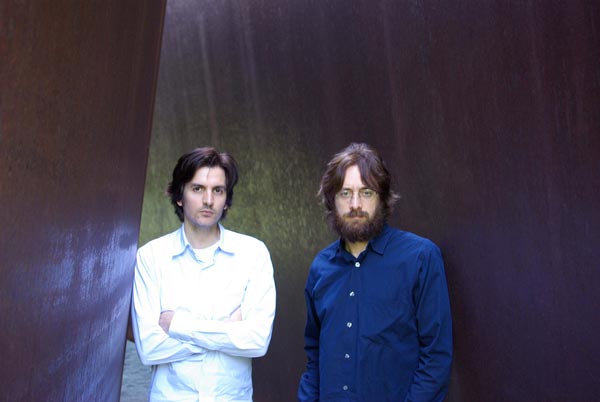 Out of all the lame, lazy terms used to describe subgenres of pop music, slowcore just might be the dumbest. Some people have their problems with IDM (Intelligent Dance Music, as in, all other dance music is lacking, intellectually), and emo has taken on a life of its own, at this point possibly a parent genre, found in between the jazz and hip-hop racks, across the aisle from the eyeliner and buckets for tear collection.

But slowcore is especially irksome, mostly because it implies that the artist’s material is contrived, as if there’s a movement that specifically rejects volume and musical energy, like David Bazan heard “Enter Sandman” one too many times and was like, “You know what? Fuck this. Toss that distortion pedal. We don’t even need it.” Like the purpose of the music, the main reason for creating it, is to not sound like this other kind of music.

Texas’ Bedhead, fronted by brothers Matt and Bubba Kadane, suffered that tag. The band only made three full-lengths, the last being 1998’s lovely “Transaction de Novo,” and it’s strange to think ten years have passed since the band was active, but the Kadane brothers’ transition from Bedhead into The New Year was smooth enough, creatively, texturally, that it seemed as natural a forward movement as there could be. The band’s released three records so far, all on Touch & Go, and while the material is indeed a bit more aggressive than that of Bedhead’s, there’s no mistaking who the songwriters are, if only because of the presence of Matt Kadane’s relatively monotone, nearly spoken vocals.

The band’s newest record, a self-titled jaunt that builds on what was started with 2001’s “Newness Ends” and continued with 2004’s “The End is Near,” features much more piano than on its predecessors, but the sonic blend of that emotive instrument and Matt’s whispery voice adds an even deeper element to an already successful band. Chalk it up to creative expansion—a song like “MMV” wouldn’t have fit on either of the other two records. It belongs here, and here it will remain. I like all three of The New Year’s albums equally, and for different reasons. “Newness Ends” has a punchy, to-the-point quality that’s admirable, while “The End is Near” shows an intelligent patience that works, oddly, in a similar way. (Plus, it includes the song “18,” an epic, which is as patient and sprawling as they come.) The new album shows a maturity, and even a stronger togetherness in the songwriting, though the brothers live on opposite sides of the country.

“I couldn’t be happier with it,” Bubba Kadane says of the record. “I think there’s been times in the past where you think you may be happy with all the songs, but you still wonder how it all adds up. But I knew with this one all along. It just added up to something greater than the sum of its parts, in some ways. There is still a lot of enjoyment even in listening to it, which is not always the case.”

The brothers write together, and Bubba says there are only rare occasions when the songs are dominated by only one of the songwriters. “Usually the way we work, and it works pretty well we’ve found, is that one of us will come up with a basic idea for a song, for a part or something, and we’ll record it, flesh it out. We work pretty diligently on our own in isolation. And at some point when we feel like presenting it to the other, we usually don’t present it in a completely skeletal form. That way we get a good initial reaction.”

Many disagreements? “When one of us says we’re not into it, and it’s happened plenty of times, we just drop it,” Kadane says. “We trust each other’s instinct enough. We explain ourselves, we give reasons why.”

The brothers have collaborated for so long now, first with Bedhead and now with this band, the musical bond between them must have an exceptional strength. “It’s one of those things I probably don’t fully realize, what it means to have that kind of relationship,” Kadane says. “To not be trying to collaborate with four other people you just formed a band with a year ago—I can’t even imagine doing that at this point.”