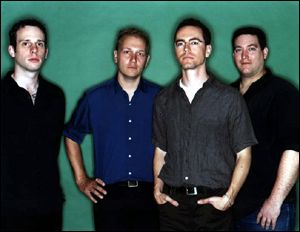 The local post-rock ensemble of Sam Prekop, Archer Prewitt, John McEntire and Eric Claridge, an entity widely beloved since its self-titled debut in 1994, returned after a five-year hiatus in 2007 with “Everybody,” a concrete-strong record that opened with one of the best songs the band’s ever constructed, “Up in Crutches.” To much surprise the band’s back with another record this year, the equally strong “Car Alarm,” which both sees the band maintaining its impressive (and to some, infuriating) consistency and showing the signs of well-worn wisdom. You know what you’re gonna get from Prekop and company and it’s almost always wonderful. (Tom Lynch)