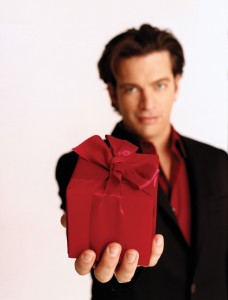 When Harry Connick Jr. first appeared on the scene some twenty years ago trying to present himself as a serious jazz pianist, there was little interest, but then again, if the guy had a tad of lyricism—not to mention musicianship and technique—that might have helped. The shrewd folks at Columbia Records let him cut an embarrassingly banal instrumental piano album if Connick would croon his way through standards on a separate release. Soon, filmmakers took advantage of the fact that Connick could supply them with a Sinatra sound for a fraction of the price, and some started putting him in front of the camera as well. Connick’s physical and vocal similarity to the young Sinatra of the bobby-soxer era fascinated folks and my mother, for one, adored him (doesn’t everyone’s mother?). Fast-forward more than two decades with detours on Broadway, composing and, yes, even a stint as a self-styled funk performer, and Connick is right back where he started, crooning in the style of early Sinatra on his new holiday album, “What a Night!” (Columbia). (Admit it, you’ve always wondered what Frankie would sound like singing “Zat You Santa Claus.”) That album, Connick’s third holiday opus over the years (to say nothing of Christmas cartoons and movies), will form the basis of this holiday concert at one of Sinatra’s favorite performing venues, the Chicago Theatre. Connick has enough earning power that, like Sinatra, he can bring a Big Band with him and even have his kids get into the act (his daughter shares a track and has inherited her father’s sterile sense of swing). For those holiday dates who will be dragged kicking and screaming to this appearance, prepare by putting on one of Ol’ Blue Eyes’ own Christmas albums in advance so that at the very least when you are told how wonderful selection x or y was between songs, you can defiantly turn to the stage and discreetly mutter, “I have heard Sinatra: and you, sir, are no Sinatra.” (Dennis Polkow)