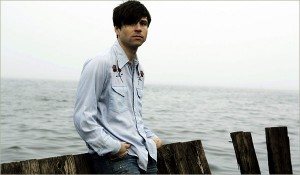 The irritatingly prolific, self-obsessed Adams has always rubbed me the wrong way. Ultimately, I don’t care about his personal-life garbage, including his latest dust-up with Kurt Cobain’s widow—I’m more turned-off by his mostly forgettable music. His career started with get-in-your-pants songs that somehow—which I will never completely understand—were instantly deemed credible, and he was anointed as this sort-of alt-country savior, or, at the very least, prince. Many, many songs have been issued between then and now, and Ryan Adams & The Cardinals’ recently released “Cardinology,” his fourth record with the band, continues some of the trends that have been present since his emergence. (Namely, mediocrity.) In fairness, “Cardinology” features a couple decent songs—opener “Born Into a Light” has a sufficient twang and nice harmonies and “Cobwebs” boasts affecting, even passionate, build-ups—but just when I’m like “I can’t believe it, but I might like this Ryan Adams record,” he fastballs a song like “Magick,” in which he actually sings the lyric “What goes around comes around” multiple times and, as a chorus, “So turn the radio on/So turn the radio up/So turn the radio up loud and get down/Let your body move/Let your body swing/Listen to the music playing/It’s magick, it’s magick.” It might just be the worst song I’ve heard in my entire life, but I don’t want to exhaust myself thinking about it. I’ve seen Adams live a few times and it’s been bad on every occasion. Tonight he opens for Oasis, which makes a helluva lot of sense, actually. (Tom Lynch)