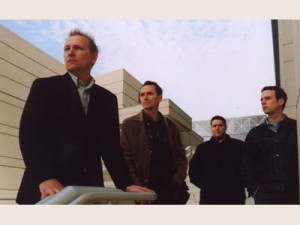 What better way to spend a cold December night than with possibly the warmest band in all of indie-dom, Chicago’s own loveable post-rock veterans The Sea & Cake. Its new record, “Car Alarm,” focuses in on the jazz-influenced, “laid-back rock” sound that the band has indisputably cornered the market on for the last fourteen years. There’s something altogether welcoming about the flickering guitar licks and the way the Sam Prekop currently only sings in his higher register, and how there’s even a steel drum appearance here and there—a freaking steel drum! Audiences often yearn for the old hits, but here’s to hoping there’s good representation in the set from the band’s two latest albums, “Alarm” and last year’s “Everybody,” which have allowed these immensely talented musicians to fuse their trademark soundscape with an increasingly intricate technical prowess. Just think, most people are out there bringing in the New Year with some no-name DJ—you’ve got one helluva indie-rock band—and a steel drum. (Andy Seifert)