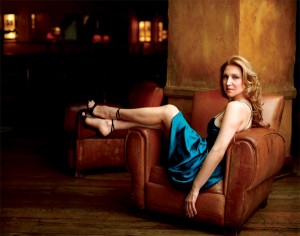 After paying tribute to the work of the legendary Bill Evans on last year’s “Something of You,” Brazilian-born pianist and singer Eliane Elias returns to her native roots on her new release entitled “Bossa Nova Stories” (Blue Note). Eliane returns to celebrate the fiftieth anniversary of bossa nova in great company: guitarist Oscar Castro-Neves who was one of the original creative forces who helped to shape that musical revolution in the late 1950s along with Jobim, João Gilberto and several others. Ivan Lins sought inspiration on the genre’s quiet sophistication to create some of the most memorable melodies of the 1970s and 1980s in Brazil. Rounding out the rhythm section are her husband, bassist Marc Johnson and drummer Paulo Braga, who was recently in at this same venue with the Jobim Trio and Milton Nascimento. For this Chicago appearance, expect many of bossa-era classics alongside Brazilian-tinged tunes from the Great American songbook—this is a show not to be missed. (Ernest Barteldes)