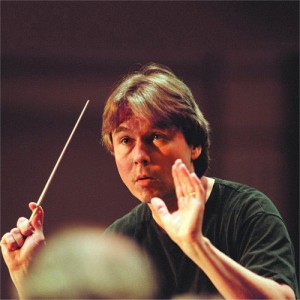 After opening the New Year with the youthful and energetic but musically immature and shallow Gustavo Dudamel, the man that the Los Angeles Philharmonic tapped as its new music director, and after a stunning week of performances of the Verdi “Requiem” by the Chicago Symphony’s own new music director designate Riccardo Muti, the current music director of the LA Philharmonic, Esa-Pekka Salonen, will be hosted by the CSO. Salonen, who himself has matinee-idol good looks, is the real deal, and in addition to being a gifted conductor, is also a composer.

These concerts were to have included a world-premiere Salonen work commissioned by the CSO, but the work was reportedly not ready in time, so Salonen is substituting the Arvo Pärt Fourth Symphony that he and LA commissioned (the work is subtitled, appropriately enough, “Los Angeles”) along with two twentieth-century signature masterpieces: Bartók’s “Music for Strings, Percussion and Celesta,” long associated with the CSO since two of its music directors—Fritiz Reiner and Sir Georg Solti—were Hungarians who knew Bartók, and Debussy’s “La mer,” (“The Sea”) which used to be given such overtly non-French and Germanic performances here that the players began calling it “Das Mer.”

No less significant is that Salonen has agreed to conduct a concert of the Civic Orchestra, the training orchestra of the CSO, while he is in town in a performance of the monumental Mahler Ninth Symphony on Monday night. Tickets are free, but must be reserved in advance. (Dennis Polkow)