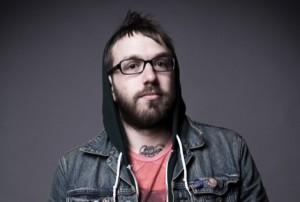 Generally, acoustic singer-songwriters who consistently close their eyes while they croon out their oh-so-heartbroken soul annoy the hell out of me, but Canadian folk solo artist (and frontman in Ontario hardcore act Alexisonfire) Dallas Green, a.k.a. City and Colour (see if you can figure out why), makes an acceptable case as an exception based on vocal abilities alone. With his last effort, “Bring Me Your Love,” Green shows he’s fairly adept at reining in the right components without overproducing, keeping his pop fundamentals strong (like writing simple yet memorable melodies), and letting his creaky, powerful voice carry the load. Songs like “The Girl,” a paint-by-numbers love song, hit all the right marks melodically, lifting the somewhat generic lyrical content from inauthenticity. Is a little too depressing? Sure, but there’s a time and a place for melancholy music, usually on a some blisteringly cold night, cozied up next to the fire like the little cliché you are. (Andy Seifert)