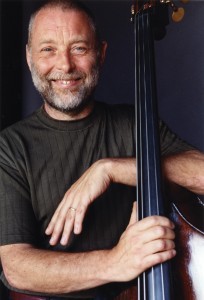 If bassist Dave Holland had done nothing else but create the bass riff that formed the basis for Miles Davis’ iconic “Bitches Brew,” he would be a legend for that alone, but he has done so much more. A classically trained bassist in his native England, Holland preferred jazz and was a fixture at London’s Ronnie Scott’s, where Davis heard him and recruited Holland to replace Ron Carter. The albums that Holland recorded with Davis, “Filles de Kilimanjaro,” “In a Silent Way” and “Bitches’ Brew” were all instrumental in shaping jazz-rock fusion, even though after Holland and Chick Corea left Davis to form Circle, the music was more avant-garde and Holland traded in his electric bass for his acoustic bass, and has never looked back.

Often considered the premier session bassist, Holland remains the bassist of choice for many artists, although the Dave Holland Quintet was formed in the late 1990s to chart Holland’s own musical directions which have always included some of the most innovative rhythmic soundscapes and grooves as the backdrop for pulsating and punctuating jazz counterpoint. The current lineup, which will join Holland in this rare area concert appearance, includes trombonist Robin Eubanks, vibraphonist Steve Nelson, Chicago-born saxophonist Chris Potter and drummer Nate Smith. (Dennis Polkow)