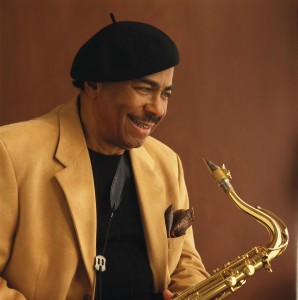 Five days after the actual big birthday, Benny Golson himself is headlining this eightieth birthday salute with an all-star version of the famous jazztet that he formed with Art Farmer fifty years ago that includes trumpeter Eddie Henderson, trombonist Steve Davis, pianist Mike LeDonne, bassist Buster Williams and drummer Carl Allen. Known for his smooth tenor saxophone sound, Golson is perhaps best known as a composer of such iconic jazz standards as “I Remember Clifford,” “Killer Joe,” “Along Came Betty,” “Five Spot After Dark” and “Are You Real?” among others, but Baby Boomers are far more likely to remember the wide variety of music Golson wrote for television program such as “M*A*S*H,” “Mannix,” “Mission Impossible,” “Mod Squad,” “Room 222” and the like, or the many commercial jingles he wrote for radio and television.

Likewise, Golson’s arrangements have been sought after over the years by the likes of Count Basie, John Coltrane, Miles Davis, Ella Fitzgerald, Dizzy Gillespie, Benny Goodman and Lionel Hampton, among others, but perhaps less known is the amount of pop music that Golson has written and arranged for everyone from Sammy Davis Jr. and Mama Cass Elliott to the Monkees and the Animals.

Enormously active as a jazz educator, Golson’s trademark tenor sound sounds as glorious as ever as he will demonstrate in this rare area appearance. Pianist Mulgrew Miller and his trio will open the show with his own take on the Golson legacy. (Dennis Polkow)