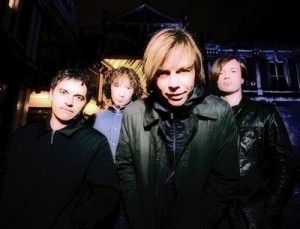 I’m not one for directly quoting press releases, but any band that sells itself as a “household name from Siberia to Moscow and beyond” deserves a notice. The band describes its sound as “rockapops,” which is basically a blend of, yes, rock and pop, which in these hands sounds and feels a hell of a lot like a laid-back Russian Pulp. “Comrade Ambassador” is Mumiy Troll’s North American debut, and its devilish slickness impresses throughout all proper thirteen tracks. The final bonus track, a bizarre cover of The Mamas and the Papas’ “California Dreamin’,” works both on straightforward and ironic levels, considering how strange it is to hear it sung in Russian, and the image it creates of the band performing the song to a Siberian crowd. (For a band originally formed in 1983, “Comrade Ambassador” feels delightfully fresh.) Huge in its homeland, Mumiy Troll has been attacked in its past by Communist leaders, labeled “socially dangerous” to people at large. You can decide for yourself, but when I think of socially dangerous bands, Mimiy Troll isn’t the first that comes to mind. I’m looking your way, Matchbox 20. (Tom Lynch)