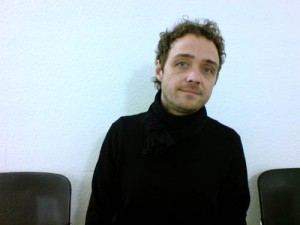 Chicago promoter Volatl shows no sign of slowing down with its bookings in January, a month where most clubbers and DJs typically go into hibernation. The promotion group has planned a tropical-themed edition of its monthly residency at Sonotheque to combat the frigid winter. Headlining the event is Berlin-based minimal house wunderkind Bruno Pronsato, who returns to Chicago after nearly two years. A prolific producer who only performs his own music, Bruno Pronsato will treat Sonotheque to a live set of his instrumental, quirky and sexy productions. His latest full-length, “Why Can’t We Be Like Us?” received widespread critical acclaim, including a top-ten spot in Resident Advisor’s “Best Albums of 2008.” Pronsato has also received praise for his efforts on famed minimal label Perlon with Sammy Dee as Half Hawaii. Chicago’s own Kate Simko will perform her live P.A., which has been turning heads at clubs like Fabric in London, Weekend Club in Berlin and Crobar in Buenos Aires. Volatl’s focus for the event is the live-music experience, and Simko will debut interactive performance in conjunction with live visuals by Lavamatic. A DJ set from Chicago’s Jason Patrick, Klectik Recordings label-owner and one of the city’s most technically skilled techno and house DJs, will open the night. (Elly Rifkin)