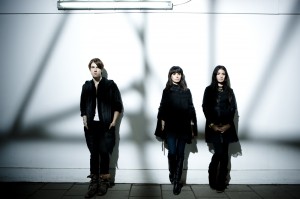 When a new band is compared to My Bloody Valentine, are you intrigued or do you cringe? For every person whose life was changed by “Loveless,” a handful of others don’t see what the big deal is. Indie rock’s recent shoegaze resurgence, assisted by the reunions of bands like MBV, The Jesus and Mary Chain and Swervedriver, has spawned some likeable imitators—maybe that’s too harsh, maybe it’s better to call them appreciators—some better than others, all soaked in heavy distortion, lush orchestration and hushed vocals that are so seemingly out of place.

M83 delivered an epic set last November at Bottom Lounge; opening that night was Brooklyn’s School of Seven Bells, a three-piece featuring ex-Secret Machines guitarist Benjamin Curtis and twin-sister vocalists Claudia and Alejandra Deheza. The two bands matched together made perfect sense. With a blend of electronics and live instrumentation, the two acts are quite similar, and School of Seven Bells made a substantial impression on the crowd with its infectious programmed beats, lavish guitar work and painfully gorgeous vocal harmonies between the Deheza sisters. For most songs, the two women sing together in entirety, sometimes in a breathtaking, continual stream of lyrics. The effect heightens the senses and, oddly, brings you to a more comfortable place, dreamlike, even surreal. “Alpinisms,” the band’s debut record, came out via Ghostly International in October 2008, and with near-perfect shoegaze-pop tracks like “Half Asleep” and closer “My Cabal,” it’s a fine debut. The vocals—gentle, passionate, full of warmth—will stop your heart.

“We just basically were trying to make [the] music we wanted to, we didn’t want to do anything by habit,” says Alejandra Deheza. “We didn’t want to do anything based on ‘roles,’ in the band. We wanted to write what we wanted, then come together and work on things collaboratively. It can be [a situation] where you always feel like you’re writing with someone else in mind—I don’t want to step on Mr. Bass Player, or Mr. Drummer—and it can be like that.”

A band with three writers, all creating separately then coming together to finish the songs, might face some problems down the road, with members having to compromise at times for another’s vision. “Oddly enough, and who knows how long it will last, but no,” Deheza says of the experience in School of Seven Bells. “It’s kind of bizarre. We all write in different ways, but they always lock. It’s like having two vocalists that are completely different, but they sound amazing together. We’re very lucky in that respect.”

The three share an apartment in New York together, which allows them to expand beyond traditional band-member roles and pick up each other’s instruments from time to time. “I think a lot of New York bands [live together] out of necessity, financially, but also like, ‘It’s the only way we’re gonna do this,’” Deheza says. “But we all know that we need to give each other space. I think we’re lucky in that way…we definitely know each other well enough, we know people need some space, we know how to balance that.”

With any band that includes siblings, one would expect added tensions and layers of text and subtext, but there’s also a deeper, mostly unspoken bond, as people, as performers, as creators. “I never really thought about that,” Deheza says. “Claudia and I have been singing together since we were very very very young. My mom has this story that she and I had an entire song memorized before we could string a sentence together. I can understand where someone else might think that, with siblings singing together, especially twins, but we’ve never really known anything else. There is definitely something with Claudia and I where we have this thing, where she understands where I’m gonna go before anyone else. It’s kind of weird, but she will know exactly where to go with the harmony. I think that’s because she grew up with me for so long.”

You’d think part of the joy of escaping on tour is getting away from home and the people who surround you every day, but with School of Seven Bells, it appears every waking moment is spent between the band members. Not a problem for Deheza, though. “I love it,” she says of touring. “It’s really funny because when you look at it ahead of time it’s very daunting, but once you’re in it you don’t want the tour to end. I don’t want to deal with the adjustment when I get home. I have a post-tour depression. All of a sudden you stop—‘What do I do now? Surf the Internet?’ Watch TV?’”