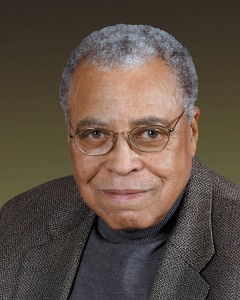 The Chicago Symphony Orchestra has had a wide variety of narrators for Aaron Copland’s “Lincoln Portrait” over the years, but none more significant in hindsight than that new junior senator from Illinois who performed the work with the CSO in a special free 9/11 Millennium Park concert back in 2005. It is unlikely that now-President Barack Obama will offer a CSO encore again anytime soon given the responsibilities of his new job, although just having begun his six-year Senate term earlier that year, the CSO had every reason to expect another performance opportunity over the years, perhaps even inside, where a decent recording could have been made. I wrote at the time a public caveat to all involved about the embarrassing difficulties that Oprah Winfrey had encountered attempting the same narration years earlier, but in contrast, Obama, who like Winfrey does not read music, ended up coming to his performance well prepared, as a short, well-circulated online performance clip clearly reveals. According to then CSO associate conductor William Eddins, who wrote a blog on the experience, “[Obama] has taken the time to work up the narration, listen to several recordings, and go over it a couple of times with a pianist, all to get a serious handle on what he’s about to do. I have to admit I’m impressed. The guy knows the gig.” How could the CSO possibly top this? Engage “The Voice,” Mr. “This is CNN,” Mustafa the Lion King, Darth Vader himself, James Earl Jones, was about the only way, and as Jones’ classic recording of Copland’s “Lincoln Portrait” attests, we are in for a special treat. Ironically, the Obamas attended the reopening of  Ford’s Theatre in Washington, D.C. last week where Lincoln was assassinated and where they and a gala audience heard Jones himself intone some of the same words of Lincoln that Obama had uttered with the CSO. Also on this special Lincoln Bicentennial Concert program—being held after the big day because the CSO was touring Asia on the date itself—are other Lincoln-related pieces including Roy Harris’ Symphony No. 6 “Gettysburg” and Robert Russell Bennett’s “Abraham Lincoln: A Likeness in Symphonic Form” along with the Beethoven Fifth Symphony. (Dennis Polkow)