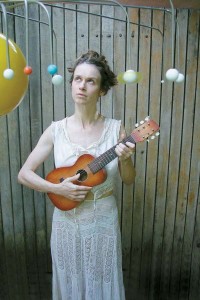 Clearly influenced by the likes of Björk and inspired by the sounds of nature around her, Argentinean-born Juana Molina creates much of her music on the spot with a series of loop pedals, percussive instruments and an acoustic guitar. Having created the background, she scats to the layered soundscape she records—which makes each of her live shows quite a unique experience for audiences. She takes pretty much the same approach in the studio, rarely overdubbing her work (except for a keyboard fill-in) in order to capture the essence of the moment she is searching at any given moment. Molina mostly sings in Spanish, but much of it is totally improvised gibberish—what you hear is satisfying, though—even if you might be a little confused at what is going on. She is touring for the first time with an actual band, making this a show not to be missed. (Ernest Barteldes)