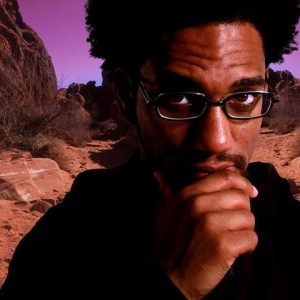 Philadelphia-born-and-bred producer, DJ and in-demand remixer King Britt is among the few electronic artists who has earned as much respect for his commercial success as his contributions to underground music. He rose to prominence during the mid-nineties as the DJ for the group Digable Planets before establishing Ovum Recordings with fellow Philadelphia DJ and producer Josh Wink. With an extensive discography spanning nearly every genre of electronic-music imaginable, from broken beat and hip-hop to funk, soul, jazz, pop, house and techno, remix work began pouring in for popular artists such as Macy Gray, Solange Knowles, Radiohead, Femi Kuti and more. King Britt has also composed an array of works for commercials and film. When he performs at Smart Bar this Friday, expect a party-rocking house set with plenty of surprises. Joining King Britt is a fine lineup of Chicago house veterans. Chicago’s DJ Lady D will be performing and also celebrating her birthday. Expect a set full of disco, funk and even techno-injected house grooves from this DJ-turned-producer and D’lectable label-owner. Gramaphone Records’ head honcho, musical connoisseur and Boom Boom Room resident Michael Serafini rounds out the lineup. (Elly Rifkin)