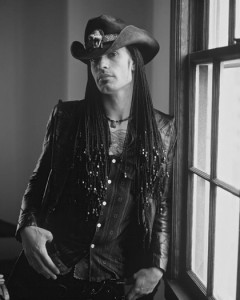 When you listen to this 37-year-old Fort Lauderdale native’s guitar playing, you sometimes have the impression that you are hearing something out of an 80-year-old musician—and that is apparently what he wants you to think. A dedicated fan of Robert Johnson-era Delta blues (he has said that he listens to early blues recordings every single day), he mostly plays on a resonator guitar, an acoustic instrument mostly favored by bluegrass musicians that works well when using a bottleneck slide (those over 30 will remember a photo of a similar guitar on the cover of Dire Straits’ “Brothers In Arms”). He is not only about that, though. He does a lot of distortion-filled rock songs, but if you listen attentively, they are filled with the blues at every turn. Sardinas is also known for his fiery, high-energy performances. During a tour in Australia several years ago, he reportedly suffered third-degree burns to his left wrist after setting his guitar on fire. He is currently touring in support of his latest self-titled disc backed by a simple trio that is rounded out by Levell Price (bass) and Bernie Pershey (drums). Those closer to the front might want to be careful—you never know what might fly off stage during one of his concerts. (Ernest Barteldes)