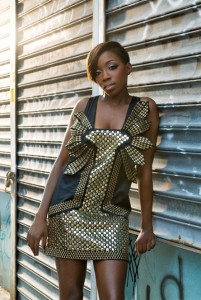 With her 2008 release “Shine” (Homeschool/Atlantic), this London-born neo-soul singer shows that she can hold her own in the business, starting from the catchy “Wait A Minute (Just A Touch),” in which she showcases both a sensual, soulful singing voice alongside strong rapping chops. Her duet with Kanye West on “American Boy” proved to be her breakout hit—a playful party track in which the pair talk about visiting each other’s countries. While Estelle takes a romantic view of LA and Brooklyn, West looks at London from a more jaded point of view. She shows an open musical mind by taking on reggae on “Magnificent,” which features Toronto’s Kardinal Offishall. Unlike other artists, Estelle seems incredibly comfortable in the genre, which is highly popular within London’s expat circles. Mentor John Legend makes an appearance on the uptempo romantic ballad “You Are,” a song obviously targeted to more old-school audiences. The same can be said of the retro-sounding “Pretty Please (Love Me),” which sounds like it could be covered by Diana Ross. The title track closes the disc on an upbeat note, sounding like an invitation for remixers to send it to the dance floor. (Ernest Barteldes)