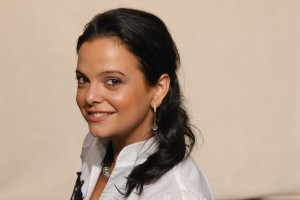 The Chicago Symphony is heading to Carnegie Hall next week, an important annual spring residency that always fills New Yorkers with a good dose of “Chicago envy.” This week’s repertoire is the program that will be performed there, the second and final week of Pierre Boulez’s always eagerly anticipated residency with the CSO. Last week Boulez conducted a revealing performance of Stravinsky’s “Symphony in Three Movements” that was as tight as that piece has been here, every line given crystal clarity, despite its many demands that really kept players on their toes.

This week Boulez returns to Stravinsky, to a rare performance of his complete ballet “Pulcinella,” a piece that Stravinsky himself conducted here back in 1965 and which this time around includes Romanian mezzo-soprano Roxana Constantinescu, tenor Nicholas Phan and bass-baritone Kyle Ketelsen singing the song portions that are not part of the more familiar “Pulcinella” Suite. The work is Stravinsky’s fun-house-mirror music take on music of sixteenth-century composer Pergolesi—or at least music that was considered back in 1920 to be by Pergolesi: several of the pieces have since been identified as works of Pergolesi contemporaries—that plays with the music as only Stravinsky could. Many conductors fall into the trap of playing this like Renaissance music with a limp, but Boulez will likely do for this what he does with Wagner, Bruckner and Mahler: look forward, not back.

The CSO brass will get a workout in the Janacek “Sinfonietta,” the climax of which was first heard by many baby boomers as “Knife-Edge” on the 1970 debut album of Emerson, Lake & Palmer, and early twentieth-century experimental Polish composer Karol Szymanowski’s rarely heard First Violin Concerto will be performed by soloist Frank Peter Zimmermann. (Dennis Polkow)