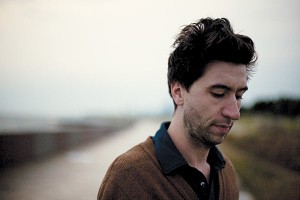 On his band’s MySpace page, Judson Claiborne—a.k.a. Chris Salveter, also of Chicago indie-rock act Low Skies—explains his new moniker as a name once given to him by his father, that it represents “rebirth into a greater consciousness” on a personal level. While only Claiborne himself can accurately explain the symbolism of his new stage name, his musical demeanor has unquestionably transformed from the slow-jam depressing-rock of Low Skies to the dreamy folk of Judson Claiborne. On his latest record, “Before Midnight Scholar,” Claiborne weaves autobiographical storytelling like the best of them: “Bloody Holiday In The Sun” recalls the truly mind-boggling story of his great-grandmother, shot in the head by her third husband, but refusing to die—she lived another seven decades with the bullet lodged around her brain. Meanwhile, Claiborne’s bandmates supply the mood, a tranquil, slow-moving yet precise accompaniment that sounds a helluva lot like Andrew Bird—so if Claiborne starts whistling and using words like “plecostomus,” watch out. (Andy Seifert)