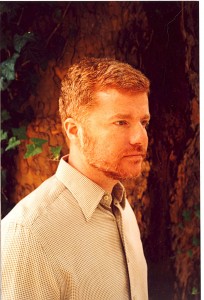 In 2004, Carl Newman, front man of indie power-pop group The New Pornographers, took listeners by surprise with his first solo record, under the moniker A.C. Newman, a deliriously catchy and at times very moving pop assault called “The Slow Wonder” that matched his previous work in overall effect and passionate delivery. “The Slow Wonder” remains one of the best pure pop records of this decade, relatively high on the list, with a few Pornographer records keeping it company.

Newman always contended he’d release another solo work when the time was right, and in January offered “Get Guilty” (Matador), a worthy follow-up to the masterwork that is its predecessor, featuring the songwriter’s trademark barrage of catchy melodies and devilishly creative lyrical maneuvering. The record begins with the excellent opener “There Are Maybe Ten or Twelve,” which starts with the lines: “There are maybe ten or twelve / things that I could teach you / After that, well, I think you’re on your own / And that wasn’t the opening line / it was the tenth or twelfth / make of that what you will.” Such an intriguing and probably literal introduction of lyrics couldn’t be expected of most artists; with Newman, we should expect nothing less.

Truth is, his uniqueness has much to do with his improvement—as a songwriter he’s never taken a step back, which not many artists, indie-rock or otherwise, can say. Sure, not everyone dug “Challengers,” The New Pornographers’ last record, which in some ways traded the band’s normal energetic frenzy for mid-tempo ballads and more space, but you cannot disagree that the move was daring. Most rock musicians over 40 can’t say their best days are probably still ahead of them. “The Slow Wonder” might still be the superior record, but much of that has to do with its ingrained freshness of being a debut, plus the inclusion of “On the Table,” quite simply one of the finest songs in the last ten years. “Get Guilty” has more adventurous arrangements and compositions—songs like “The Heartbreak Rides,” “Submarines of Stockholm,” “The Palace at 4am” and the lovely closer “All of My Days and All of My Days Off” all have lasting impressions for their thrilling punchiness and Newman’s improving vocal ability (another piece that’s getting better and better). “Get Guilty” has all you could ask of a pop record.

“I used to think back when I just finished the ‘Electric Version’ record and the first solo album, that there was a definite line in my head between solo and the band,” Newman says. “I thought, ‘Oh, the band can’t do anything quiet, anything quiet I have to keep for the solo record.’ But going back to New Pornographers from then, I decided that anything goes. When I went back to solo, I felt the same way, that I’ll do whatever I want. I never wanted to make ‘solo’ albums, like cliché solo albums, like the guy in the punk band who puts out a country record. That’s what people expect and some have been thrown off that I didn’t do something like that. Why not? Well, because I didn’t feel like it.”

Despite his current success, Newman still feels anxiety over the public’s reception. “Yeah, I do, but I also know there’s not much I can do about that,” he says. “It’s good problem to have. For years and years I’ve been really nervous that everyone will suddenly stop listening, that people are gonna suddenly stop liking us, and that will be the end of my musical career. I’m always gonna look over my shoulder, and this was ever since The New Pornographers got popular. With ‘Electric Version,’ I was so nervous. A lot of indie-rock bands only get one record and then the fans turn on you. I didn’t know if we were gonna be one of those bands.”

The movement of indie rock into the mainstream must help though, at least with longevity. “That’s the one good thing,” Newman agrees. “The indie-rock fan base has expanded over the last few years, there are a lot more people that are a lot more interested in [that] music. It’s a really good time to be in a band. There were so many bands that were out of step with their time, like Big Star. I feel like I’m making music when it’s the best time for me to be making music.”

He continues, “It feels validating. Looking at people around me, like Neko [Case, member of New Pornographer]. I’ve known [her] for twelve or thirteen years. She’s on the verge of being a full-blown star. I think it’s cool. Someone you’ve known for so long who people are acknowledging. Andrew Bird, who we toured with, you see him finally getting his due. The guy’s been making records for ten years, and people are noticing. It’s cool. Even in my own case. It’s hard to believe that if you actually work hard and stick to something it works. I always thought that was bullshit. But now I look at my own life and I think, ‘God, I can’t believe that worked.’”