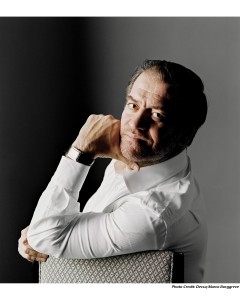 A few months back, the British classical music magazine Gramophone decided to “rate” the orchestras of the world, and although the Chicago Symphony Orchestra, not surprisingly, came in as the best orchestra in America, many of us raised an eyebrow that the London Symphony Orchestra came in ahead of it.  Is this just a case of Anglophile overdrive, given that the magazine and the orchestra share London as the same town?  Given that the magazine also dubs itself “the world’s best classical music magazine,” you be the judge.  But the fact remains that the LSO, a much younger and less prestigious orchestra than the CSO that makes its principal reputation and income by being the standard orchestra to record film soundtracks because it’s a far cheaper orchestra than any major orchestra in America, made a real coup by recently engaging Russian conductor Valery Gergiev as its music director and is showing off that fact with a tour that concentrates on the music of onetime Chicagoan Serge Prokofiev.  Gergiev is able to place musical meaning in Prokofiev where many simply superficially skim the surface and find empty bombast, and hopefully, Russian pianist Vladimir Feltsman, who gained worldwide attention when he defected during the Reagan era, will also be able to do the same when he performs the Second Piano Concerto in a program that also includes the “Classical” First Symphony and the more rarely performed and genuine Russian symphonic masterpiece, the Fifth Symphony.  (Dennis Polkow)