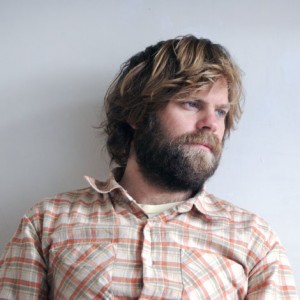 Say what you want about Jack Johnson (and I’ve said plenty before), but there’s no denying the guy knows how to chill. When you can pump out songs that are as agreeable as wading around a pool, you have no other choice than to agree with them. So it’s no surprise that as soon as former Slowdive and current Mojave 3 frontman Neil Halstead signed with Johnson’s Brushfire Records, Halstead’s stripped-down acoustic folk-pop became coated with a thick layer of sunshine, instantly carefree music that is, suitably, difficult to care too much about. Halstead, (whose beard at this point is somewhere between Zack Galifianakis and Cat Stevens), has shown a knack for penning craploads of pop songs since his early Mojave 3 days, but it’s only since his latest release, last year’s “Oh! Mighty Engine,” that he’s adapted a “no-worries” vibe, content to let his music be slightly wistful and mostly pretty. No one will overanalyze or fall in love with “Oh! Mighty Engine,” and that seems to be Halstead’s intention. “Sometimes I just sit and think, and I don’t think much,” Halstead tell us, and when it comes to this album, it’s probably best to do the same. (Andy Seifert)