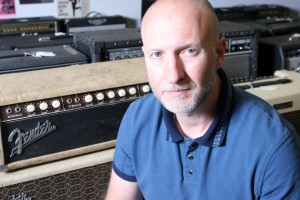 Veteran musician Bob Mould, leader behind legendary 1980s punk band Husker Du and moderately successful nineties alt-rock group Sugar, brings his vast catalog to Old Town School of Folk Music tonight—what he plays could be anyone’s guess, but conventional wisdom says he’ll focus on his new solo record, “Life and Times,” out April 7. Over the years Mould has shifted musical style from rage-filled scream-based assault to pleasant alt-pop to simplified, acoustic, singer-songwriter guy, and gone back and forth on occasion, but now he seems to have found a middle ground to embrace all of his interests. It says something that Mould’s still making records and he hasn’t gotten lame, that he’s avoided being another indie-rock casualty bankrupted by misguided determination and the insistence of, well, sticking around too long. It’s been reported he’s currently working on a memoir—let’s hope that’s true, because the book’s sure to be an eye-opener. (Tom Lynch)