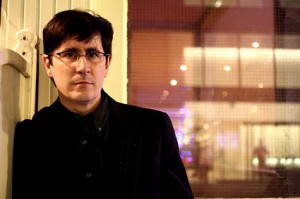 You could call fans of The Mountain Goats a “cult” if you want, but I would much prefer the term “family,” as I’m one of the bunch. Mountain Goats completists, who strive to own every song John Darnielle has put to tape—which has to be around, if not more than, a thousand—are admittedly a little loony, but hey, everyone has to have a dream. The last time Darnielle was in town, at Park West in fall of last year, he took time out of his full-band set to play some older songs, something he hasn’t done in years. It was a genuine gesture to older fans, and was a nice move on his part. This tour could see even more of that—for the first time in a decade or so, Darnielle is hitting the stage without a band, so one would expect—or at least hope—he dips into the archives once again. Mountain Goats producer and quirky talent John Vanderslice comes along for the ride. Tour mates once again…(Tom Lynch)