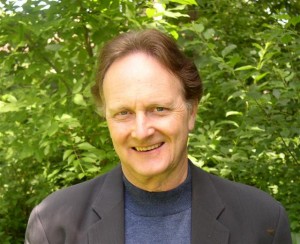 After nearly four decades of performing together all over the world, the area-based Vermeer Quartet retired two years ago.  A hallmark of their repertoire was the original string-quartet version of Haydn’s “The Seven Last Words of Christ” that the group performed all over the world and always returned home annually during the Passover/Easter season to perform as a special holiday gift to its own community.  Happily, two members of the Vermeer: violist Richard Young, who produced the group’s recording of the piece—and even wrote a book about the work and the Vermeer performances of it—and violinist Mathias Tacke are keeping up the tradition for a second post-Vermeer year in a row, and area violinist Rachel Barton and cellist Wendy Warner will be joining in this year as they did so successfully last year.

The Vermeer approach that is being continued in these performances is to offer the piece exactly as Haydn wrote it for Good Friday, 1797, in a resonant church setting with oral meditations on the scriptural texts that inspired each of the movements—each an actual gospel phrase uttered by Jesus while on the cross—presented by a virtual “who’s who” of area religious elite before each of the movements in a manner similar to the group’s stunning recording of the work on the Alden label in 1998.

This year’s speakers include Gregory Dell, Elizabeth Davenport, Alton Logan, Martin E. Marty, Alice Hunt, Seth Perry and Jean Bethke Elshtain, and a special prerecorded reading by no less than Barack Obama, who lives in the neighborhood when he is in town, but cannot attend personally because of other obligations in Washington, D.C.  (Dennis Polkow)