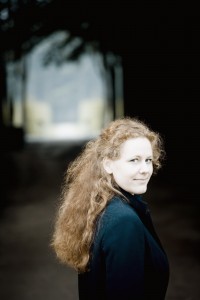 When 80-year-old conductor Bernard Haitink emerged for the first of his spring CSO concerts last week, he looked so frail that you wondered if he was going to make it to the podium.  Haitink had reportedly pinched a nerve and was sporting a cane, moving very deliberately and settling slowly into a chair to conduct the monumental Bruckner Eighth Symphony.  Perhaps this brush with mortality made Haitink and the orchestra more introspective than usual, but the performance that followed ranked with the greatest Chicago Symphony Bruckner performances of recent decades and was by far the most transcendent that Haitink and the Chicago Symphony have made together in what has become a legendary partnership during the autumn of Haitink’s career.  This week’s program—the last of Haitink’s spring area appearances and a dress rehearsal of sorts before Haitink and the CSO take both of these programs to Carnegie Hall next week—centers around a shorter and earlier symphony, the Schubert Ninth Symphony, but will be preceded by other works drenched in the post-Wagnerian sound world that Bruckner represents as well.  Anton Webern’s “Im Sommerwind” (“In the summer wind”) is the last of Webern’s works before he abandoned tonality completely for twelve-tone music and represents post-Wagnerianism at its most tangy and chromatic, sharing a similar sonority to his teacher Arnold Schoenberg’s last pre-serial work, the Expressionistic “Verklärte Nacht.”  Mahler will be represented by his “Rückert” Lieder, some of his most glorious settings for voice and orchestra most of which date from the same inspired summer as most of his Fifth Symphony and but which are rarely done together because of their awkward length.  (Claudio Abbado programmed and recorded them here way back in 1981 to fill out a Mahler Fifth Symphony LP.)  Dutch mezzo-soprano Christianne Stotijn, a frequent Haitink collaborator last heard here last fall for the Mahler Second “Resurrection” Symphony and known for her exquisite lieder interpretations, will be the soloist.  Note that the Brahms First Symphony will replace the Schubert Ninth for the Tuesday night performance only.  (Dennis Polkow)