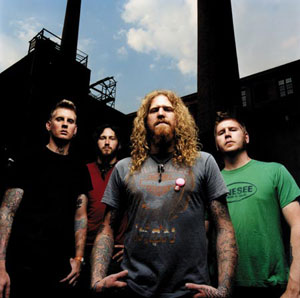 It should take most people about ten seconds to realize the enormous power of current metal god Mastodon—now on its fourth record, “Crack the Skye,” a treacherous, more rock-inspired affair compared to its predecessors (no doubt thanks to producer Brendan O’Brien), but pleasing just the same. “Blood Mountain,” from 2006, remains Mastodon’s greatest achievement thus far, a terrific aural assault that even earned the band a Grammy nomination—they lost to Slayer, eh—and while touring for the record, the band was a highlight of the Pitchfork fest a couple summers ago. Mastodon seems destined for significant mainstream success; “Crack the Skye” debuted at number 11 on the Billboard 200, and a tour with Metallica can’t hurt. My only hope is that in the future the band drifts back to the power metal and further away from the hard rock. In the meantime, “Crack the Skye” still rules. (Tom Lynch)