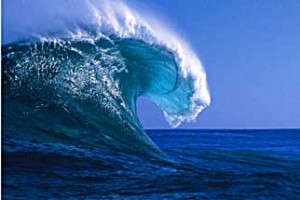 A collaboration between the Shedd Aquarium and the Chicago Sinfonietta, this water-themed program features the world premiere of African-American composer Michael Abels’ “Aquadia,” an exploration of oceans, seas and rivers that include whales, sharks and dolphins and other Pacific Northwest and Polar animals making appearances both musically and in aquatic-themed image projections that attempt to communicate what humans feel as we view these animals.  “From vast oceans and tide pools to icy caves, the animals’ movements appear to be choreographed to the music’s crescendos, accelerandos, allegros and adagios,” reads the promotional description of the piece.  A recording of “Aquadia” by the Sinfonietta will serve as the soundtrack to the new Shedd Oceanarium show, which will reopen after extensive renovations on May 22 complete with new interactive exhibits.  Other music to be performed with a water theme on the program include Handel’s “Water Music” and a movement from Debussy’s “La mer,” (“The Sea”) along with the Beethoven First Piano Concerto with soloist Anton Kuerti.  William Eddins conducts.  (Dennis Polkow)