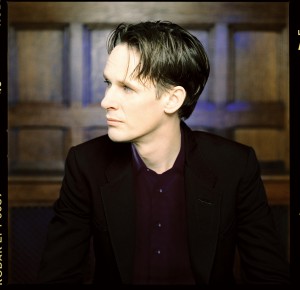 After wowing New Yorkers at Carnegie Hall, Bernard Haitink and the Chicago Symphony Orchestra return home for what is surely one of the most bizarre CSO programs of the season.  Haitink has long been associated with the music of Dmitri Shostakovich, perhaps the only composer whose symphonies actually became less interesting as they went along.  His First Symphony showed a modern composer who was forward-looking and innovative, a quality that gives way as time goes on and his works become censored and criticized by the Communist Party, even by Stalin himself.  Shostakovich becomes bombastic, repetitive and Romantic, i.e., party-pleasing, and by the time of his final symphony, No. 15, he falls into making collage-like movements out of scraps of Wagner and Rossini.  It is that work which spotlights this program, but it is paired with Benjamin Britten’s song cycle for tenor and orchestra “Les illuminations,” which sets poems by French poet Arthur Rimbaud.  Of particular interest is British tenor Ian Bostridge performing the work, often considered the greatest interpreter of Britten’s works for tenor since Peter Pears, Britten’s companion and the voice that these works were composed for.  Opening the program is an arrangement of British baroque composer Henry Purcell’s “Funeral Music for Queen Mary.”  (Dennis Polkow)