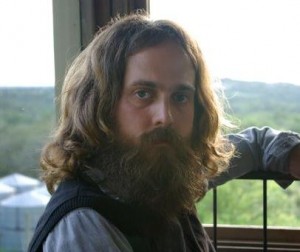 Sam Beam has come a long way, or at least, he’s left his bedroom. Back in the day (2002), his Iron & Wine incarnation was unleashed as an onslaught of luscious, peaceful melodies on “The Creek Drank the Cradle,” a lo-fi triumph that sounded like Beam was laying in bed with an acoustic, while leaning over to whisper into a tape recorder. For 2004’s “Our Endless Numbered Days” and 2007’s “The Shepherd’s Dog,” Beam took off the robe and set out for a fancy studio, expanding instrumentation and production and adding a wealth of color to his increasingly exquisite folk gems. Beam’s upcoming release is “Around the Well,” a compilation of rarities and unreleased tracks from every stage of his still blooming career, and it’ll surely show the transformation of the bare-bones early days to Beam’s newest work. His genres have expanded from folk into African beats, pop simplicity and honky-tonk Americana, while his act has changed from one-man show to an eight-piece band. The only things that have remained constant are the voice and the beard. Dude should never cut that thing. (Andy Seifert)