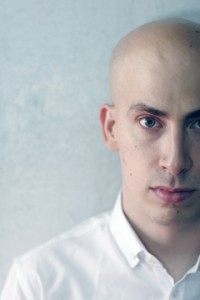 A month after coaxing a knockout performance from (sometimes) maddening genius Four Tet, Approaching Serpents and Meiotic are back at it, lining up a hand-clapped disco-kiss of a night for all the retro-futurist dance-floor lovers out there. Headliner Morgan Geist is best known as half of Metro Area (with Darshan Jesrani). Perhaps the duo hasn’t fielded any releases as well received as their self-titled 2002 album, but they’ve been actively crafting their refined minimalist disco and pushing like-minded artists like Kelly Polar and Daniel Wang on their Environ label, and recently compiled a mix for the celebrated Fabric series. Geist has been active on the solo front as well, releasing his album “Double Night Time” last fall, combining his distinctively deep production with whispertronic Junior Boy Jeremy Greenspan, with fantastic results. Leadoff track “Detroit” has also made the DJ rounds of late, benefiting from a remix by none other than Carl Craig. Geist’s own DJ sets are wide-ranging history lessons into the obscure, and he often eschews playing any of his own tracks. While this dedication to the art of DJing is commendable, we certainly hope he’s able to sneak in a Metro Area neo-classic like “Miura” or “Orange Alert”—even if just for a few bars! Also on hand tonight is Disco Unusual Social Club’s Lono Brazil, who regularly drops doses of classic disco and Italo at his Manhattan loft revival sessions held at Bucktown institution Danny’s, and disco-belle about town Samone “SR71” Roberts. (Duke Shin)