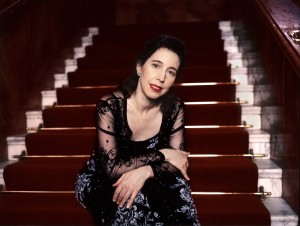 Count Keyserlingk, the Russian ambassador to Saxony in Bach’s day who suffered from insomnia, asked Bach to compose a series of variations on an aria to be performed over and over again by his harpsichordist—and Bach student—Johann Theophilus Goldberg. Whatever effect these “Goldberg Variations,” as they became known, may have had on the poor count, they may be considered a dismal failure in that they have kept audiences not only awake, but at the edge of their seats for centuries since. For many, Canadian pianist Glenn Gould’s groundbreaking 1955 recording of the “Goldberg Variations” on a modern grand piano has been the standard by which all other performances are measured, even if digital technology has revealed not only Gould’s music-making in sharper detail, but also his groaning, whining and singing along with himself, phenomena that, in the static-filled days of vinyl, could be mercifully drowned out.  It became fashionable to bash Gould when the early-music movement was first gaining ground, but enough time has now passed that these can be heard for what they are: extraordinary recordings of an extraordinary—though eccentric—pianist. Angela Hewitt, another Canadian who has made Bach on the modern piano a specialty, has recorded virtually all of Bach’s keyboard music on Hyperion over more than a decade but with less eccentricities and less flair and is presenting the complete “Goldberg Variations” for a rare area recital appearance. Whereas Gould, who played a Steinway grand and preferred the studio environment and became so reclusive that he would no longer play in public, Hewitt prefers a custom-built Fazioli piano and continues to tour widely. Should such performances be confused for performing this music on the actual instruments—i.e. harpsichord and clavichord—that Bach wrote them for?  Certainly not.  They should be viewed as transcriptions for the modern piano, which is what they are.  But transcriptions that introduce the wonders of Bach to a wider audience have enormous value, and often serve as entry points into Bach’s original intentions.  As legendary Polish harpsichordist Wanda Landowska used to boast, “You play Bach your way, I’ll play him his way.”  (Dennis Polkow)