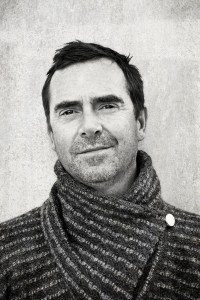 Before the bass-drum combo punches through the speakers to ignite the club lamps in a soon to be strobe-flickering smoke-machined confine, one melodramatic keyboard chord initiates nighttime vibes as if a film just started.

Moments later a settled Nick Warren lifts his arms up acknowledging admirers by the dozens. They’ve come to see an artist who has progressed toward the ranks of the best. Many regard Warren as one of the best due to his numerous successful releases both solo and with his group Way Out West and his appearances at festivals attended by thousands worldwide.

However, those possessing the trained ear beyond the average club novice can easily hear and decide that the rare and decisively cerebral, trippy vision of sound that somehow still saturates a mainstream culture are signs of a true artist.  He could flow with catchiness, but the unheard-of is more fun, and according to the Brit-born plate master he is adamant on picking up the most unknown tracks. For him, the best stuff is what’s not yet rated; the freshest created by the bedroom songwriters from all around the world, which is how he started. And while admitting he and his colleagues had it easier back in the day—since the genre was growing and the artists were so few and far between, that the culture was seemingly theirs to sculpt—it’s that unpaid, unsigned dedication and passion he refuses to overlook.

“It is hard work and takes years to build up a fan base. But it’s harder to make money with music these days,” Warren says.

And so his roots have him usually avoiding the latest hits. He will seldom visit Beatport.com for ideas or to listen. He also doesn’t favor listening so much to other big-name DJ sets. Mainly because he doesn’t want to plagiarize.

Rather, he spends time collecting sixties, seventies and eighties progressive rock and rare electronic findings. It is purely the unknown he feels has kept him instinctive in making records and delivering a preciseness for his sound. He has always done it this way and for him, there’s no reason to go with any flow but his own.

“There’s no point in me playing a Deep Dish remix of Madonna because there are loads of talented artists out there no one knows about,” says Warren. “That’s the whole idea.” (Anthony Regan)