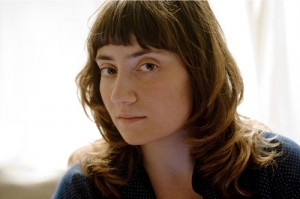 The quintessential image of the stoic singer-songwriter is changing. It used to be a lone figure cradling an acoustic guitar; and perhaps donning a harmonica around the neck. But now, that guitar is being replaced with a violin, a la Andrew Bird, or in Anni Rossi’s case, a viola.

Rossi’s music adds a new twist to the indie-rock sound. Rarely is the viola’s deeply rich sonority given the spotlight, but in Rossi’s songs it takes center stage, acting as the primary backing rhythm, percussion and lead instrument. Listening to her music will give you a newfound appreciation for this instrument, which for too long has been eclipsed by the greedy diva violin.

But just because the image of a singer-songwriter is transforming doesn’t mean the core elements of the craft are left fluttering in the wind. Rossi’s compositions are deeply personal, and rich with intimacy and emotion.

“I write about my personal relationships with people,” Rossi says.  “And I tend to make pretty abstract metaphors for it.”

These abstract metaphors are found throughout her debut album, “Rockwell,” which was released in March. Recorded by Chicago’s own Steve Albini, “Rockwell” showcases a collection of unique songs slathered with quirk and energy.

“Wheelpusher” begins with steady viola strumming as Rossi sings about being a beekeeper in the Himalayas. “You are influenced by the bees who migrate their minds away,” she croons. Soon the strumming quickens and intensifies, and Rossi’s delicate voice starts jumping between octaves like a cat trying to catch a bird.

On “The West Coast,” tranquil viola notes turn frantic as Rossi plays frenzied melodies, exhibiting her true virtuosity. During the turbulence, she manages to sing, delicately as ever, “shifting my life and my belongings on the road trip that turns into going home.”

The album as a whole feels as if Rossi is sitting across from you in a dim-lit café, telling you her life story by way of musical interpretation.

“I wanted it to be an intimate representation of these songs I’ve been working on for four or five years,” Rossi says. “It’s a kind of document for myself.”

Although Rossi released her debut only a couple months ago, she plans to start recording a new album this coming December.