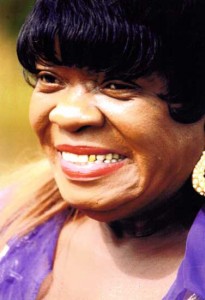 Alligator Records issued the following in the form of a press release earlier today:

Visitation and funeral services for Koko Taylor, who passed away on Wednesday, June 3, 2009 [see our earlier post https://music.newcity.com/2009/06/04/queen-of-the-blues-koko-taylor-1928-2009/#more-3747 for details of Koko’s death and a Dennis Polkow interview done with her back in 1994], will be held at Rainbow Push Coalition National Headquarters in Chicago. Visitation will be on Thursday, June 11 from 4:00pm until 9:00pm. Funeral services will be on Friday, June 12 with visitation beginning at 4:00pm and funeral services beginning at 6:00pm.

Information is as follows:

Map and directions can be found here:
http://tiny.cc/Mr6Hs