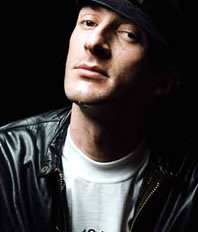 Summer in Chicago has finally arrived, which can only mean one thing: the return of day parties! Green Dolphin Street is hosting the first of a series of outdoor events in its riverfront garden called “Paradise,” and this Sunday’s lineup of DJs is sure to pack the place. As part of his new album tour, London’s Damian Lazarus headlines the event. The Crosstown Rebels label boss will offer a set of techno and electro house. Joining Lazarus is prolific tech-house producer and DJ Martin Landsky, who has released music on Poker Flat Recordings and Dessous Recordings, among others. Other guest DJs include Droog and Chicago expat Lee Foss, who regularly DJ at popular Los Angeles rooftop parties at The Standard. Also supporting are local favorites including Audio Soul Project (aka Mazi), Three, Spy Bar’s Dino G, John Curley and Green Dolphin residents Just Joey and Nique. Expect a wide range of house music, from deep dubby tracks to jackin’ Chicago classics. The event will run over twelve hours, but make sure to arrive before 6pm to take advantage of the complimentary barbeque included in the ticket price. And if you’re not completely beat after the day party, and you need a second dose of Damian, he’ll be DJing at Spy Bar the same evening. (Elly Rifkin)