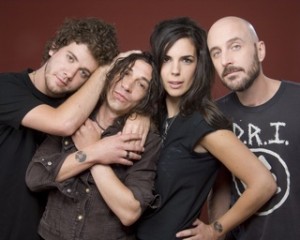 Since her debut, “Silver City,” came out in 2005, the Massachusetts-born Sarah Borges has been hard at work trying not to be defined by a single genre—on stage, she happily belts out alt-country originals alongside carefully chosen covers that inspire her from time to time, ranging from  Smokey Robinson’s “Being With You” to LA punk band X’s “Come Back to Me,” both of which have appeared in her studio releases in addition to countless live YouTube videos. Backed by her longtime band The Broken Singles, she often tries to take things to a different direction—at this year’s SXSW, she reportedly closed her performance at Austin’s Continental Club by singing Bob Dylan’s “Outlaw Blues” while standing on a barstool (can you picture Sheryl Crow pulling that kind of stunt?). Let’s just hope she ends the current tour with no more than a few bruises. (Ernest Barteldes)