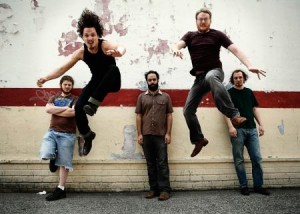 New York band o’death’s fusion of folk and metal has the ability to make you feel as if you’re insane. On “Broken Hymns, Limbs and Skin,” the band’s newest record, on metal label Kemado, the band blends pieces of traditional folk, swing, gypsy, punk-bluegrass and, yes, treacherous metal. Of course, it’s fucking awesome. The sounds o’death produces tear your head apart, but never forsake a natural catchiness. The shitkicker banjos and fiddles infer danger, and singer Greg Jamie’s warped howl and vocal scraping make him more of a ringleader than the frontman of a rock band. Either way, o’death finds a way into your mind and stays there. For awhile. For eternity. When it all comes together, when the colossal mayhem finds its footing, it’s beautiful. (Tom Lynch)