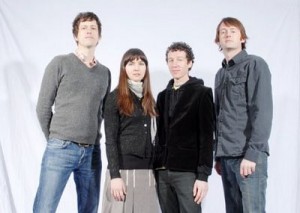 Some think Andrew Kenny’s work is just too precious, but he has a way of finding a lovely melody in sparseness and melancholy that I can’t dismiss. American Analog Set, in which Kenny made his name, has its ups and downs; “Set Free,” the band’s last full-length, from 2005, was impressive, though, and features a song called “She’s Half” in which Kenny layers his vocals in such a serene way it’s as if he’s commissioned angels. I go back to that song often, and it hasn’t lost its strength. Kenny’s new project, The Wooden Birds, has just released “Magnolia.” In many ways, it’s what you’d expect, as Kenny’s gentle, emotive voice weaves a path through minimal percussion and acoustic guitars. In parts, it’s gorgeous, and in others, rather forgettable. But Kenny strikes again with a somber number called “False Alarm”—I’ll be listening to this one for years. (Tom Lynch)