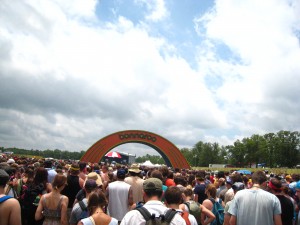 Try mentioning to a Bonnaroo vet that you’re thinking of attending the festival for the first time, and they will immediately assume a demeanor of responsibility and slight superiority.

“First time going to the Roo?” they might say. “Keep hydrated and don’t talk to anyone whose beard is longer than their hair.”

It’s as if going to Bonnaroo for the first time is akin to losing one’s virginity or driving stick.

But the truth is Bonnaroo is like a “Choose Your Own Adventure” book with the page numbers missing. There are infinite and sometimes nonsensical ways to experience the festival. Some people stay in Centeroo the entire four days, sleeping in the mist tent. Others spend the majority of their time playing beer pong on the roof of their RV. There are those who view the event as a music festival with drugs, and others who think it is a drug festival with music.

I approached the event with the preparation of a boy scout with a bad case of OCD. Rain gear, check. Head lamp, check. All in one sun screen/mosquito repellant/aloe, check. I prided my meticulous scheduling of the acts I wanted to see. For example, on Saturday I would leave Of Montreal sharply at 6:15pm to catch the beginning of Wilco, after which I would rush across Centeroo to see the tail end of The Mars Volta. Springsteen would be next, followed by Yeasayer, and I would top the night off with a celebratory dance-a-thon courtesy of MGMT. Then I’d head back to my tent for a peaceful night of pure REM sleep.

But despite my rigid outline, the moment I arrived my plans shattered.

Bonnaroo is an exercise in excess, and I have truly never experienced such a blitzkrieg on my senses. Blistering heat and relentless rain made the daytime resemble a mud-infested sauna. Smells of gyro stands, beer and marijuana assaulted the nostrils. And music emanated from every pocket of air. To my knowledge there is no place on Earth that contains as much concentrated music as Bonnaroo. You are literally bathed in guitar chords, snare drums and bass notes. And it isn’t just the artists making noise. Boom boxes are constantly blasting tunes, and nomadic guitar players wander the 650-acre farm playing everything from voodoo reggae to straight-up blues. I passed drum circles, flute players and belly dancers.

I can and have talked about Bonnaroo endlessly, but I have chosen these highlights from the mass of good, bad, and confusing moments I experienced to share. 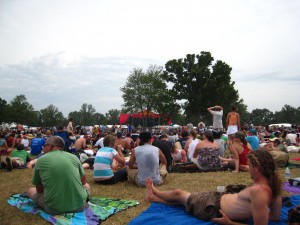 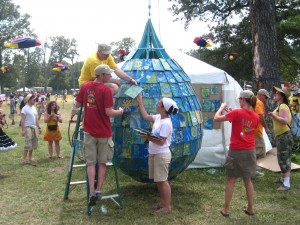