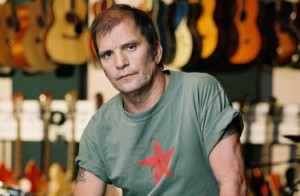 In the early seventies, 18-year-old Steve Earle met singer-songwriter Townes Van Zandt, and the ensuing friendship between the two self-destructive singer-songwriters became a lifelong journey of booze, extensive jail time, hardcore drug habits and country-folk. To Earle, Van Zandt was a mentor, an idol, an inspiration, the measuring stick for every record he would produce. After Van Zandt’s death in 1997, a tribute album was both inevitable and overdue, finally coming to fruition with this year’s “Townes,” a record that succeeds because it avoids any “heartfelt” sentimentalities that tribute albums are usually bathed in. Instead, “Townes” sounds like a couple of dudes sittin’ on the porch playing the old standards, stripping away the overproduction that plagued much of Van Zandt’s catalogue. With few exceptions (most notably “Lungs,” featuring the unwelcome, masturbatory guitar work of Tom Morello), Earle allows the strength of Van Zandt’s songwriting—and the full breadth of his gloomy take on existentialism—to carry the album. This isn’t a record to say something dumb like “somewhere, Townes is smiling down on us,” but rather, “damn, that cowboy could sure write a tune.” (Andy Seifert)