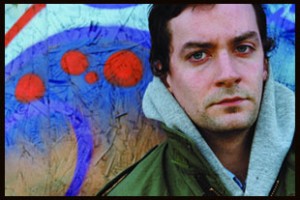 Tagged early as a downtempo trailblazer, Bonobo’s success came quickly, with early tracks “Terrapin,” “Kota” and “The Sicilian” being licensed into oblivion for the early twenty-first-century rush to chill out. Apparently all the raving caused an inflated market for club casualties needing soothing, milquetoast compilations to wait out the hazy dusk. But Virgin Mega-trends aside, man-behind-the-simian-moniker Simon Green just kept on keeping on, releasing 2003’s “Dial ‘M’ For Monkey” on the revered Ninja Tune imprint, and proving his music was above the downtempo flotsam and jetsam he shared liner notes with. Hypnotically jazzy, rhythmically complex yet groovy, Bonobo soon evolved out of the studio into a complete live-band show, with multi-instrumentalist Green primarily manning the bass. And with vocalists featured on his Ninja Tune follow-up “Days to Come” (BBC DJ Giles Peterson’s 2006 Worldwide Awards winner for Album of the Year), Bonobo is primed for a bigger stage. He’s reportedly been working on completing the next album, so tonight might offer a glimpse of what the future may hold. Also active on the DJ front, Bonobo will play selector at the afterparty at Sonotheque. His sets tend to be heavier on the thump as he exhumes the broken beats, hip-hop breaks, jazz and funk underneath Bonobo’s strings and vocals and layers of atmosphere. Catch him live, or see him DJ—either way, this monkey shines. (Duke Shin)