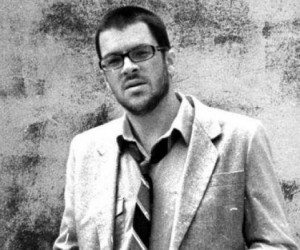 Among the mostly faceless (or Corey Hart sunglasses-at-night obscured) annals of contemporary electronic music, there is the story of former Motor City resident Matthew Chicoine, who famously slipped a demo tape to Carl Craig by way of deli sandwich. That bit of initiative resulted in 1998’s “So This Is The Dining Room,” five instrumental tracks (released on Craig’s Planet E imprint) which seemed comprised of the genetic building blocks for his later evolutions: warm deep house, icy touches of techno, dubby undertones, jazzy arrangements and subtle breaks. A few more releases on Planet E would culminate with his first album “Cardiology,” which showcased a more soulful side of Recloose, with the addition of working with vocalists including Dwele. Soon after, Chicoine would relocate to New Zealand, where he’d record with indigenous talent (most notably Joe Dukie of Fat Freddy’s Drop) and shelve most of the deep house and techno influences, save a few flourishes here-and-there. Tonight, Recloose drops in for a rare DJ set in support of his latest full-length “Perfect Timing,” released on Sonar Kollectiv—a good fit. While some of his early fans might bemoan his newer, groovier direction, a DJ set might be the perfect showcase for Chicoine to reach his diehard fans, indulging them with a peek into his varied influences and favorites. Chicago DJ-about-town Jordan Zawideh (also a former Detroiter) lends opening deck support. (Duke Shin)