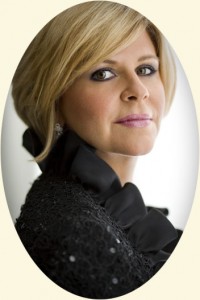 Mezzo-soprano Susan Graham has made some beautiful music here over the years, but none like the recital of rare French songs that she sang a couple of years ago at Mandel Hall. The sheer timbre of Graham’s voice is at its peak, and what a spellbinding sound it is. This Ravinia recital will replicate much of the same repertoire, including chansons by Bizet, Franck, Fauré, Lalo, Gounod, Saint-Saëns, Chabrier, Paladilhe, Debussy, Chausson, Bachelet, Duparc, Ravel, Caplet, Caplet, Messiaen, Debussy, Hahn, Satie, Honeggar, Sauguet, Rosenthal and Poulenc and is likely to be the vocal highlight of the summer, if not the year. This is Graham’s signature music; no one does it better. Pianist Brian Zeger will provide accompaniment. (Dennis Polkow)