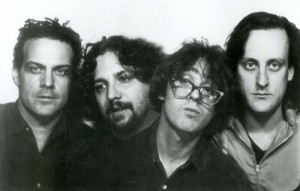 A nice primer to get everyone in the music-fest groove one week before the Pitchfork extravaganza, Ukrainian Village’s West Fest boasts a notable rock ‘n’ roll lineup on each day. Saturday offers performances by Fluid Minds, Caos,  Peace Keepers and all-girl group Coupleskate, whose “Don’t Scare the Horses” is one of 2009’s most impressive local releases. Mucca Pazza, always a fun live show, plays later in the evening, and longtime Chicago rockers Local H headline. Scott Lucas brings as much intensity to his band these days as he did in the mid-nineties. On Sunday, local indie-poppers The 1900s play (where’ve they been recently?), plus Richard Edwards of Margot and the Nuclear So & So’s. Red Red Meat, recently reunited, headline. Somehow I’ve missed each of this great band’s 2009 shows, and I’m not making that mistake again. (Also, on Sunday at the DJ Stage, Derrick Carter headlines.) All of this for five bucks. Let’s hope for good weather, we deserve it. (Tom Lynch)